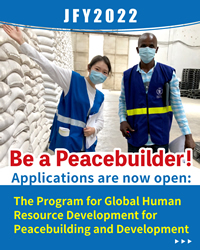 A Video Message from the UN Under-Secretary-General and High Representative for Disarmament Affairs, Ms. Izumi Nakamitsu

Ms. Izumi Nakamitsu (the UN Under-Secretary-General and High Representative for Disarmament Affairs), serving as the highest-ranking Japanese official at the UN, has presented a video message for participants of the Primary Course and Mid-Career Course of the Program for Global Human Resource Development for Peacebuilding and Development commissioned by the Ministry of Foreign Affairs of Japan.

We received a powerful message based on her long-standing career at the UN about the leadership required in addressing the various crises that the UN and the international community are currently facing. She not only contributed to the Program as a course facilitator, but also has provided us with valuable and precise advice on management of the Program on appropriate occasions. This video message also speaks to wider audience, and she shares her thoughts on leadership at the UN.

We hope that not only those who aspire to become future UN leaders, but also those who are willing to play an active role in international community will watch this video message.

The video can be viewed from here →https://eng.peacebuilderscenter.jp/library/video-message-ms-izumi-nakamitsu/ 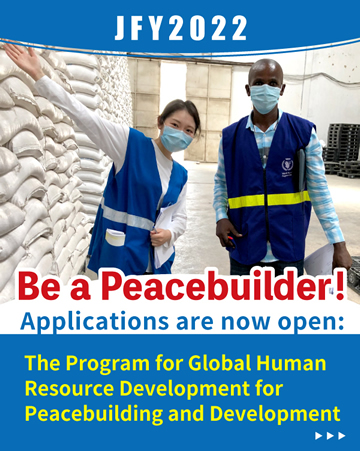